- May 12, 2020
Every one was dressed up standing in the queue waiting for their performance. Some kids were crying out loud saying “Mommy” and the young teachers were consoling them, trying not to let their parents hear them. Front in the stage, some kids had already forgot their dance steps, some misspelled their speech but still those mistakes seemed beautiful and funny. No parents were mean enough to sigh disappointment in the eyes of their kids, sparkling with innocence and hope. It was the first public performance for 5 years Lee too. On his utterly naive voice he started “My dad is my superhero. He is like my Spider-man”. His proud parents were sitting in the front rows recording his performance in front of that big crowd. He got nervous and then paused for a while. Suddenly he said said “Thank you” and left the stage.

The same kid on his 10th birthday got so furious that he got a new bicycle instead of a Mountain Bike. He has a cool bunch of guys who have it. He was expecting the same but he realized his parents could not understand him. He would throw his tantrums for hours and then everything would get back to its place. He eventually got comfortable with his own bike. There were only few moments when he would compare his bike over others and got down in the dumps.

Now comes his 15th birthday, he gets embarrassed with his parents throwing him a traditional party with all kith and kin. This time he wants to spend his birthday with his friends secretly trying their first sip of beer and taking a puff of smoke acting like a grown ups. Now he had to invite his friends over family’s party and he would lose face.
He turns 20th this time. He holds the desires of a grown-ups but acts up like a young teen. His parents have already realized that nothing would be precious gift for him on this day than letting him party with his friends. He would have done so anyhow so they have started their part of compromise. They would slumber until he gets back home. They didn’t want to spoil his last birthday before he leaves for college next fall. He has got a new crush now. His parents have no idea the college he’s applied for, the main attraction is the same girl rather than its academic legacy. He is serious for his future too but still clueless of what he actually wants.

A cellphone beeps. A caller named “Honey” texts him “Happy 25th Birthday Sweetheart”. He hears a knock on his door and a bunch of guys would scream “Happy Birthday Pee”. Lee had already turned Pee for his friends. They would celebrate his last birthday in his dorm as the college would be over next month. In the morning, his parents would call him and wish him. His mother would let him know his father was awake till midnight to wish him but he did not, thinking he would be enjoying with his friends and would not care. Lee felt bad for him. Staying away from them for few years brought him closer with them emotionally. Lee could not speak his heart out. Later in the evening he would cuddle with his then crush which is now his soulmate and express what he felt about his parents. Talking to his parents about how much he loved them was not as easy as a 5 year Lee would do.

“Hello Dad, how are you doing? How’s Mom?” Lee calls waking up beside his new bride.
“Oh I am fine my child. Wish you Happy 30th Birthday. If only you were here, I would have handed you our company. Hopefully you are doing fine”.
Lee has already left his parents house as he dreamed his life entirely different than his parents had expected of him. However he lived back then, he was supposed to choose his profession wisely and marry a girl who would be appealing to everyone in the family. Unfortunately for them, he risked being an entrepreneur and married the same girl they doubted if she could handle their norms and tradition. Every thing was different for Lee. He now stands at a point where he would take any risk to live up his dream and with the lady he loves and still care for his family. That small business would already be a failure for his parents as no one in their society was doing it but for him it was a small twig which he aimed to turn to a fine tree. Those clashes of opinions between them, no one could compromise on their part. They landed thousands kilometers away, happy and satisfied with their own way of life.

Lee’s parents were sitting in the couch on their pajamas. They have now moved back with him. Those clashes of opinions were no more superior than living with the loved ones. The unappealing daughter- in- law has now turned more important to them than the so-called norms and beliefs. After all it’s all about being with the loved ones at the end. “Eppy Bday tu u” a 3- year toddler talks on a gibberish voice. No wishes was as precious for Lee as his little munchkin did today. Today he stands in the same superhero position as his dad was for him. The same cycle would repeat again. May be a Playstation would replace a mountain bike. May be Jr. Lee would have his first crush 5 years early than he had. May be Jr. Lee would have entirely different personality. No matter how cool dad Lee tries to be, it would be the same old wine in a new bottle. Lee realizes that it is never about being right or wrong, it is always about how ready are you to trust each other and let down your ego. As people call it “A cruel Generation Gap”. 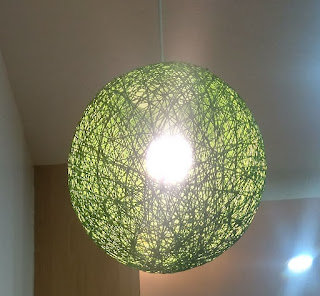 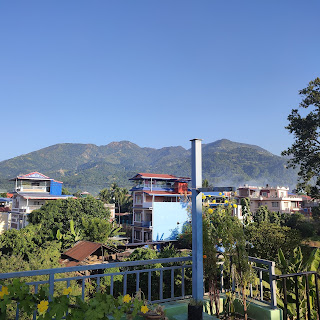 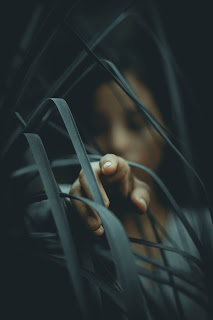 Hello B-Nerdy visitors, These days with the colossal news of tragedy be it the rising Corona death toll or the racism disputes or some domestic violences or some sexist, misogynist, class discrimination. That point when I got so bushed by the nuisance. If only I could incant some magic spell and the world would be a better place to live in. But is that possible? If no, is it the reason I should move back? Misery has always reigned over the world in one way or other. You never know what was once named a taboo is way of life today . So what's the gloom for? Well I had a moment of awakening. What makes a world? -Many countries What makes a country? - Its people. Who are these people? -Its us. Who is Us? -You and me. Picture by Dev Asangbam So why not a baby step then. The myriad of sorrows around, those vile musings of people, those notions of racism, those hatred of misogyny, those corruption of leaders, those blind faiths of narcissist, well nothi
Read more