His heart was pounding as he went through the lines. He hesitated as his parents were denying him and he wasn't sure if his presence would make a difference. He could hear TV from the other room "Total cases cross 4000. Insufficient VTMs affect corona virus in Nepal".

As he scrolled the Instagram, there were fearless BLM movements all over the world,  people like Maggie Doyne were sweating over everything to help those poor migrants on their way back home. If she could embrace this country as her own and be a savior to those immigrants, why couldn't he? This may have questioned allegiance to his nation. He fetched some placards, sneaked around the hallway. His parents were already against it as they feared it was too risky to go out. Every now and then he was getting out of the house for some reason. He could not hold back this time as the tyranny of the government was getting exorbitant.

Hundreds of Nepalese youth stepped down the road on Jestha 27th (June 9th). The recklessness of the government had broken the silence among the poor Nepalese. The cases of the COVID -19 as rises,  forthcoming days seems more chaotic. Tolls have crossed 4k infected case till date and the moment you would be reading this, the virus would be infecting hundreds other Nepalese. The people have always been hopeless from the government. Though some appreciable measures were taken but it's not up to snuff. Thousands of migrants, who are a major source of revenue for this government are neglected.

Government claims to invest millions of budget but stories speak the other way. Who are to blame on this? Them, who wanted to be home safe at the time of crisis or the government. Somehow, our government choose to put on the blindfold and the rising cases are indeed the outcome.
For citizens, a lockdown is meant for limiting the transmission, to prevent inordinate cases. Is it same for the government? Well, it's a preparation phase to buy the time where you can invest or at-least utilize the donated money for what it's intended for. The front-line doctors are being neglected. The government finds every way to swindle the taxpayers out of business. Country is receiving adequate funds but where is the transparency. If a citizen can't rely on the government at the time of crisis, what is the government for? What's the fuss to vote for the election?
If this continues, as a health care worker, as a citizen of the country, look forward for some crippled days. If a nation takes the health of its citizen as granted, no money can compensate the loss. At the peak time to increase the test and upgrade the health system, my country choose to put on investing on carpets for presidential home, facilities for government elites. No wonder the number of suicide in this period exceeded the COVID death.


Everyone was holding their placards. Those placards raised different issues but those words screamed a common voice. Few moments later , on the very peaceful protest, he and his friends were attacked with the water cannons and some were taken on custody. Was that necessary? Or was that the answer for slap on face?


He returns to his home with wet clothes and some bruises. Were those demands absurd? Will these youths remain silent? Is this the end? 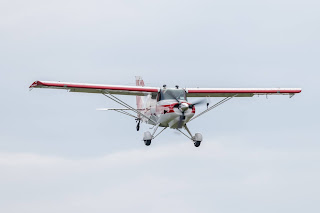